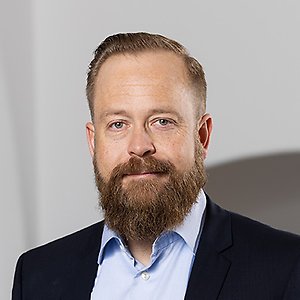 The Department of Civil Society and Religion, The Institutet for Commissioned Education

Pelle Åberg holds a Ph.D. in political science from Stockholm University (2008). During his time as a Ph.D. student he was employed at Södertörn University. After receiving his degree he has been employed as an assistant professor and researcher at the School of Social Sciences and the Centre for Baltic and East European Studies at Södertörn University (2009-2016) and as researcher at the Department of Political Science, Lund University (2013). He has also been active as a researcher and assistant professor at Ersta Sköndal Bräcke University College since January 2008. Pelle Åberg was appointed Associate Professor (Docent) in Political Science at Ersta Sköndal Bräcke University College in 2015.

Pelle Åberg’s research interests include issues concerning transnational civil society, the diffusion and translation of ideas, the relationship between civil society and democracy, popular education (folkbildning), and organizational theory. In his dissertation, he examined cooperation projects between Swedish Estonian popular education organizations with a main focus on questions of what was disseminated through the contacts between the organizations and not least how this was adjusted or "translated" by Estonian actors to fit the new context.

After receiving his Ph.D., Pelle Åberg worked in several projects investigating Swedish study associations and folk high schools, and how they can be understood in relation to the concept of civil society. He has also studied fatherhood discourses and so called “daddy-schools” in Russia as well as relations between the EU and civil society. In recent years he has also been involved in a research project studying Swedish think tanks (http://ragnarsoderbergsstiftelse.se/ mellan-kunskap-och-ideologi) and he is currently working on projects studying local civil societies in rural areas.

Pelle Åberg has been responsible for and has taught on courses dealing with public administration, civil society and social capital, transnational activism, democracy and the organization of the Swedish welfare state. He has also supervised undergraduate theses on different levels in both political science and social work at both Södertörn University and Ersta Sköndal Bräcke University College. He is also responsible for several courses on the “Master Program in Social Work – Research and Development in Civil Society” as well as for courses at the Institute for Commissioned Education at Ersta Sköndal Bräcke University College. Since 2020, he is also Director of Studies at the Institute for Commissioned Education with a particular focus on educations for and about civil society and its organizations.