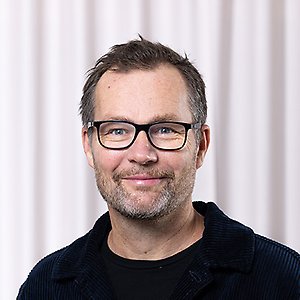 The Department of Civil Society and Religion

Anders Kassman is a sociologist. His thesis was called “The Police and the Drugproblem. From National Actions Against Drug Profiteers towards Locally Based Disturbances of Drug Abuse” and was defended at the University of Stockholm in 1998. Since then he has been working at the National Council for Crime prevention, the National board for Youth Affairs and the Department of Education with different research tasks. His latest appointment was as a secretary in the official inquiry of the Swedish government Young Outsiders (SOU 2003:92).

Anders´s research circles around social problems, marginalised groups and their meeting with society. His thesis was about the policing of the drug problem and the development of the Swedish zero-tolerance policy in the drugfield. The Official report of the Swedish Government Young Outsiders (SOU 2003:92) where Anders was secretary, deals with young people not in employment, education, training or practice. In his appointment with the National Board for Youth Affairs he has also been researching young peoples living conditions and access to power. Now he is working within a cooperation project between Ersta Sköndal Bräcke University College and Stockholms social services investigating the dynamics in the group of homeless people living in Stockholm.