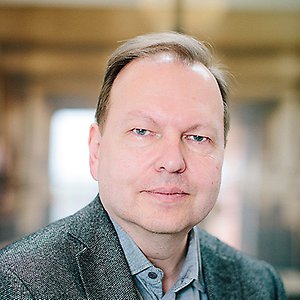 The Department of Health Care Sciences

The first area of research focuses on two central problems in nursing science. First, the problem finding appropriate methods for interpretation of interviews, videofilms, narratives and kinds of meaning-carrying material. Second, the problem of giving adequate descriptions of theoretical constructs in nursing science. In dealing with the first problem, the project presents and clairifyes the hemeneutic method as described by Føllesdal, Walløe and Elster (1993). This method interprets hermeneutics as the hypothetic-deductive method used on meaning-carrying material. Concerning the second problem, the focus of the discussion is to show how different definitions of "scientific theory" and views on scientific development, gives different evaluations of theoretical constructs of nursing. The research is done in collaboration with Senior Lecturer Barbro Gustafsson, Karolinska institutet.

The last area concerns view of life in very old age. Very old people have a unique situation as their lives are radically changed. This can be a matter of loss of functional abilities/capabailities, loss of partner and friends of the same age. Attention has been called to elderly persons being affected by the meaning they ascribed to their experienced inability/incapacity. This meaning is strongly associated with their view of life, which is an all-embracing interpretation of existence and life comprising general assumptions of human beings and reality, basic values and attitudes. In order to support the very old person to a life as good as possible it is of vital importance to understandhis/her view of life. The purpose of the project "View of life in very old age" is to study very old person’s view of life in order to deepen the understanding of the meaning they ascribe to their life situation by means of interview data. The persons in the study are all participating in the so-called "Kungsholmen project" which is a longitudinal study in Stockholm. The project is a collaboration with Senior Lecturer Margareta Nilsson, Marie Cederschiöld högskola.