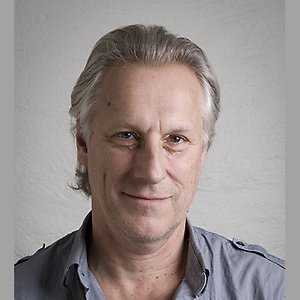 The Department of Civil Society and Religion

Lars Trägårdh is a historian who has lived in the US since 1970 while maintaining his personal and professional ties to Sweden. After many years as entrepreneur and businessman, he returned to academic studies in 1986. He received his Ph.D. in history from UC Berkeley in 1993 after living and carrying out research for several years in both Germany and Sweden. Later he taught European history at Barnard College, Columbia University for ten years, and was affiliated with the Institute for the Study of Europe at Columbia University. In Sweden he has served as a guest professor at the University of Linköping, and also conducted a research project at Södertörn University College, which resulted in the book - Är svensken människa? Gemenskap och oberoende i det moderna Sverige (2006, pocket 2009) - co-written with Henrik Berggren.

Currently he divides his time between the US and Europe. In the US he is working on several long-term projects, including one on “litigation as politics by other means” that is focused on the intersection on law, power and politics in the US and Europe. In Sweden he is affiliated with the Ersta Sköndal Bräcke University College where he works both on individual projects – one concerning on children’s rights regimes in Sweden, France, and the United States, and another on state and civil society relations – and on a major collective research project on social trust for which he serves as co-director.

He has also appeared on Swedish radio and TV and published frequently in Swedish print media, establishing a role as a public commentator on Swedish and American politics and society. Currently he writes an occasional column for the Swedish daily newspaper Sydsvenskan on the intellectual debate in the US, and also contributes to the journal Axess.

Publications in English by Lars Trägårdh include:

Trägårdh Lars (2010). Rethinking the Nordic welfare state through a neo-Hegelian theory of state and civil society. In Journal of Political Ideologies, 15: 3, 227—239.

Trägårdh, Lars and Michael Delli Carpini (2004). “The Juridification of Politics in the United States and Europe: Historical Roots, Contemporary Debates and Future Prospects” in Lars Trägårdh (editor), After National Democracy: Rights, Law and Power in America and the New Europe, Oxford: Hart Publishing.

Trägårdh, Lars (2002). “Crisis and the Politics of National Community: Germany and Sweden, 1933-2000” in Lars Trägårdh and Nina Witoszek (editors), Culture and Crisis: the Case of Germany and Sweden. London and New York: Berghahn Books (2002, paperback 2004).

Trägårdh, Lars (2001). “History of the Concept of the People” in The International Encyclopedia of the Social & Behavioral Sciences. Oxford: Elsevier Science Limited.